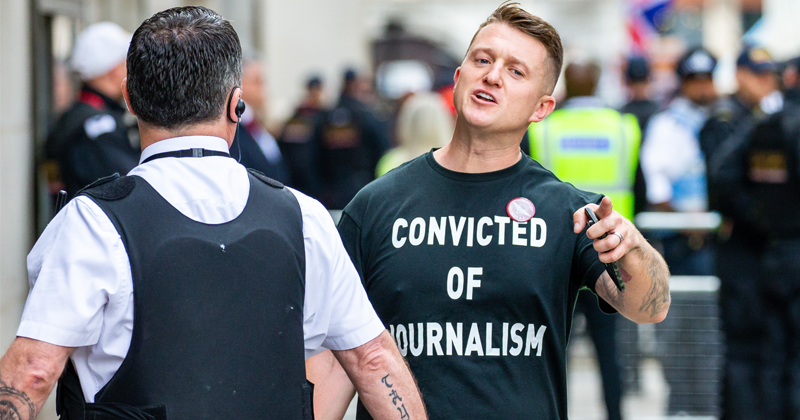 A White House petition demanding President Trump to grant Tommy Robinson political asylum has been opened in an effort to rescue the journalist from the U.K.

Tommy Robinson was jailed Thursday for committing journalism last week when he filmed outside a courthouse saying things that were public knowledge.

Watch Tommy appeal to President Trump for asylum in the video below where he says “there’s no future for him in the UK.”

The petition is an attempt to get Trump to invoke the United States Refugee Act of 1980, which provides for the resettlement of persons subject to persecution in their homelands where persons are likely to face persecution for their “political opinion.”