UK rock icon downloads on the COVID hysteria, the media’s role, the draconian mandates, and more.

British rock legend Eric Clapton spoke out against the experimental COVID injections and the consequences of media-induced Mass Formation Psychosis.

In an interview on the Real Music Observer‘s YouTube channel on Friday, Clapton explained how he had come to understand that Mass Formation Psychosis, as described by Dr. Robert Malone, was a real phenomenon and many of the vaccinated were victims to it.

“Whatever the memo was, it hadn’t reached me,” Clapton said about the social phenomenon.

“Then I started to realize there was really a memo, and a guy, Mattias Desmet [professor of clinical psychology at Ghent University in Belgium], talked about it,” Clapton continued. “And it’s great. The theory of mass formation hypnosis.”

“And I could see it then. Once I kind of started to look for it, I saw it everywhere,” he said, adding he started “seeing little things on YouTube which were like subliminal advertising.”

Clapton claimed Mass Formation Psychosis has even effected his colleagues, friends, and family.

“Over the last year, there’s been a lot of disappearing — a lot of dust around, with people moving away quite quickly. It has, for me, refined the kind of friendship I have. And it’s dwindled down to the people that I obviously really need and love,” Clapton said.

“I would try to reach out to fellow musicians and sometimes I just don’t hear from them,” he said. “My phone doesn’t ring very often. I don’t get that many texts and emails anymore.”

The “Layla” singer also blasted the corporate media as “one-way traffic about following orders and obedience” for its role in pushing the COVID injections and draconian social restrictions.

Clapton first came out against the COVID shots in 2021 after suffering “disastrous” adverse side effects from the AstraZeneca jab which rendered him temporarily unable to play guitar.

“I took the first jab of AZ [AstraZeneca] and straight away had severe reactions which lasted ten days,” Clapton wrote last May.

“My hands and feet were either frozen, numb or burning, and pretty much useless for two weeks, I feared I would never play again…”

“I should never have gone near the needle,” Clapton added. “But the propaganda said the vaccine was safe for everyone.”

Since then, Clapton’s fought back against the vaccine tyranny by refusing to play at venues requiring vaccine passports.

Subscribe to our newsletter to bypass the big tech censors and stay updated.

You may unsubscribe at any time using the link in our newsletter. 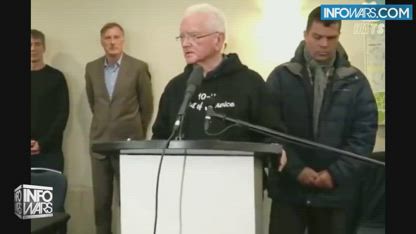 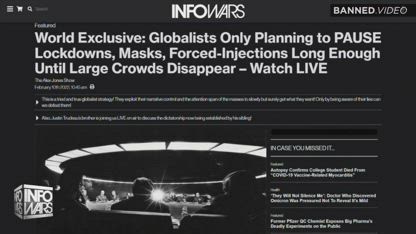 Share this article and help defeat the globalists! Subscribe to our newsletter to bypass the big tech censors and stay…