-- Bypass the big tech censorship - subscribe to our newsletter -- 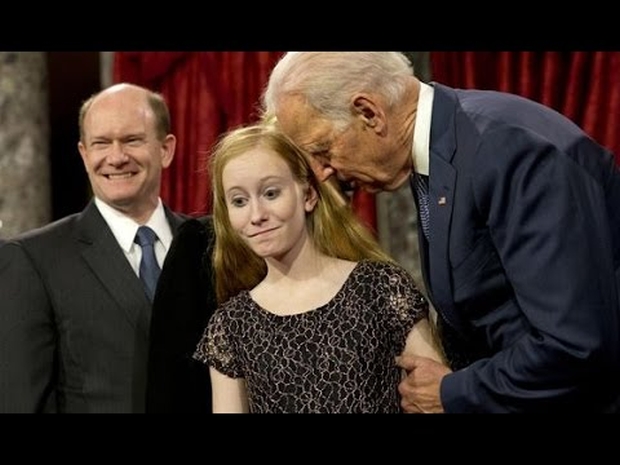 The Biden administration on Thursday announced sweeping new mandates. The new mandates require that all employers with more than one hundred workers require workers to be vaccinated or to test for the virus weekly. The mandates also require covid vaccinations for the 17 million workers at health facilities that receive federal Medicare or Medicaid. Moreover, vaccines are mandated for all employees of the federal government’s executive branch, and for all contractors who do business with the federal government. There is no option to test out in these cases.

The new mandates extend an earlier mandate from this summer which required vaccinations for nursing home staff to other healthcare settings, including hospitals, home health agencies, and dialysis centers.

Clearly, this represents yet another dangerous frontier in using a perceived or real crisis to justify an immense expansion in state power and state control over the population.

The Vaccinated Still Spread the Disease

The reasons given for the mandate continue to shift. Some supporters of vaccine mandates continue to claim that the continued spread of covid-19 ought to be blamed on the unvaccinated.

Some other advocates of mandates, recognizing the incoherence of the “stop the spread” position, instead have reverted to the same rationale behind the old “flatten the curve” slogan of 2020. In this case, it is asserted that the unvaccinated are more likely to need hospitalization and thus are using up “too many” beds in intensive care units. That is, it’s no longer about stopping the spread of the disease, but about limiting use of medical resources.

The Return of ‘Flatten the Curve’

As with the old “flatten the curve” claims, this raises the question of why only covid patients are the target of federal mandates and public shaming. If failure to get vaccinated constitutes an “unhealthy choice” that must be punished with threats of losing one’s job, why are other unhealthy choices ignored?

Hospital beds are frequently filled with patients who overdose on drugs, chain smoke, or allow themselves to become morbidly obese. In fact, type 2 diabetes—which is entirely preventable—increased by 95 percent from 2001 to 2017, especially among the young.

If one mentions the unhealthy choices that sent these patients to intensive care, one is likely to be accused of “fat shaming” or blaming the victim. On the other hand, singling out vaccine-hesitant Americans for financial ruin should they refuse the vaccine is greeted with cheers and applause.

These arguments in favor of mandates, of course, are all premised on the idea that the federal government should be unrestrained in its ability to impose “solutions” to various perceived or real crises.

The question of legal authority for such acts seems almost academic at this point. It has become abundantly clear that the federal government—and especially the executive branch—regards legal and constitutional limits on federal power as mere inconveniences to be ignored. Debates over constitutionality are now, for the most part, a relic of an earlier age.

Just as the Trump administration invented a new federal power to regulate evictions at rental properties—with little political opposition—the Biden administration’s vaccine dictates for all private employers of a certain size are remarkable in their scope and unprecedented nature. The notion that a single person—a president—can regulate, with a stroke of a pen, the terms of employment for countless private sector employers is striking, even in this era of nearly untrammeled federal power.

Using Federal Spending to Get Compliance

Moreover, thanks to the growth of government spending and subsidies—such as Medicare and Medicaid—which now extend into so many American institutions nationwide, the federal government doesn’t even need to directly force compliance. The federal government can simply say, “If you want our money, do what we say.” After decades of conditioning America’s institutions to become addicted to federal money, this method becomes easier every year.

The exercise of so much direct federal power over 330 million Americans ought to be alarming. Yet for many Americans—likely around half of them—it will not be alarming at all. Notions of due process, natural rights, and decentralized state power are nearly without meaning to this portion of the population.

The Triumph of the Technocracy

Rather, the vaccine mandates represent merely the latest example of how the ruling class and much of the public supports a utilitarian technocratic state unrestrained by old classical liberal limitations on state power. In the minds of countless Americans, second thoughts about granting governments vast new powers is an old-fashioned and contemptible habit. What matters now is granting kind-hearted government agents the prerogatives to “do something.”

The groundwork for all this has been laid for decades in universities, public elementary schools, and in the media. The advent of “covid policy,” with its lockdowns and vaccine mandates, is simply the latest manifestation in the tradition of the PATRIOT Act and the War on Drugs. This thinking has been embraced by both Left and Right, as both sides have sought federal action for their pet projects.

Yet the danger of the current “war on covid” is that it is nearly inescapable for the population as a whole. The intrusiveness of these policies—combined with the repugnance of a policy designed to force medication on millions of Americans—place them at a level above other government “wars” in the name of safety or “public health.”

Those who can resist mandates must do so. Even today, some avenues remain through the federal courts. And in recent years, state governments have shown an increasing willingness to openly oppose federal acts.

But until Americans begin to deny the moral permissiveness of “federal mandates” altogether, little progress will be made. As Ludwig von Mises repeatedly pointed out, only the power of ideas is sufficient to provide real limits on state power.

The Mind Control Police: The US Government’s War on Thought Crimes and Truth-Tellers

If you like what I do please support me

Buy me a coffee!